Our expert team of senior researchers and advisors look at the world from unique angle and perspectives to bring inspiration, ingenuity and clarity to every forward-thinking business and technology leader.

Paul works as an advisor and consultant to C-Level executives looking to utilise cloud technologies at the core of their business, working at the interface of both business strategy and technology.

Paul has over 20 years of experience in the technology industry being an early adopter in both web and cloud. He has worked for many years as a CTO, interim CTO and advisor to multiple different startups in Europe and the US and was CTO of one of the first serverless startups in the world.

As a former Senior Developer Advocate for Serverless at Amazon Web Services (AWS) he was responsible for both providing information to customers about how products could best serve their business and feeding information back from customers to the product teams.

Paul is a director of a community energy company in his hometown of Milton Keynes in the UK which has multiple aims including developing renewable energy capacity and alleviating fuel poverty in the local area. He took this unpaid role due to his interest in Climate Change carried forward from his time at University in the 90s.

Paul is an international keynote speaker on serverless technologies, is the co-founder of the ServerlessDays series of conferences, and also speaks on the intersection of technology and Climate Change.

Paul has a wife and 5 kids, and can usually be found taking his son to his football matches, his daughters to ballet, or sitting watching Bath Rugby.

LEF In the News

Get access to our latest findings, discoveries, and events with regular updates - written by innovators, for innovators. 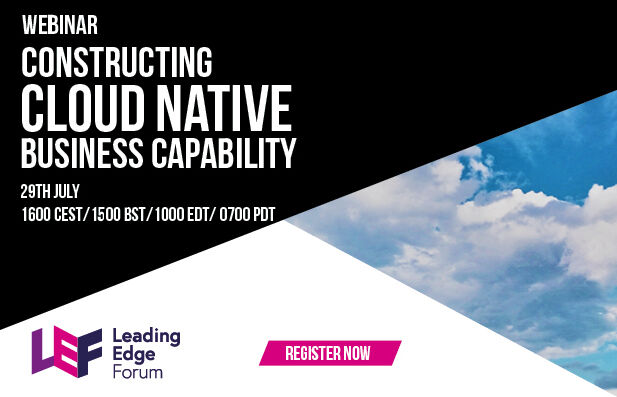 Public Cloud is now a business shaping strategy not just an IT strategy. Join us for our next webinar where we will be exploring the findings from our latest paper Constructing Cloud-Native Business Capabilities. 29 July 1500 BST. https://t.co/6TxE4ZlCMk