Our expert team of senior researchers and advisors look at the world from unique angle and perspectives to bring inspiration, ingenuity and clarity to every forward-thinking business and technology leader.

Mariana Mazzucato (PhD) is Professor in the Economics of Innovation and Public Value at University College London (UCL) and is Founder and Director of the UCL Institute for Innovation & Public Purpose (IIPP). IIPP is dedicated to rethinking the role of public policy in shaping both the rate of economic growth and its direction—and training the next generation of global leaders to build partnerships that can address mission-oriented societal goals.

She is a winner of the 2014 New Statesman SPERI Prize in Political Economy, the 2015 Hans-Matthöfer-Preis, and the 2018 Leontief Prize for Advancing the Frontiers of Economic Thought. She was named as one of the '3 most important thinkers about innovation' by the New Republic.

Her highly-acclaimed book The Entrepreneurial State: debunking public vs. private sector myths (Anthem 2013; Public Affairs, 2015) was on the 2013 Books of the Year list of the Financial Times. It investigates the role of public organizations in playing the ‘investor of first resort’ role in the history of technological change—and the danger of ignoring this in economic theory and policy. She is co-editor of Rethinking Capitalism: Economics and Policy for Sustainable and Inclusive Growth (Wiley Blackwell, July 2016). Her new book The Value of Everything: making and taking in the global economy was published in April 2018 the UK by Penguin (Allen Lane), and is forthcoming in the USA in September 2018 by Public Affairs.

She advises policymakers around the world on innovation-led inclusive growth and is currently a member of the Scottish Government’s Council of Economic Advisors; the UN Sustainable Development Solutions Network Leadership Council; and SITRA’s Advisory Panel in Finland. She is currently a Special Advisor for the EC Commissioner for Research, Science and Innovation, Carlos Moedas, and has recently authored a high impact EC report Mission-Oriented Research & Innovation in the European Union. She is also a Special Advisor to the Secretary-General of the OECD, Angel Gurría, for the OECD’s New Growth Narrative.

She publishes in a wide array of academic journals and her current research is funded by international grants including from the European Commission, the Ford Foundation, the Rockefeller Foundation and the Open Society Foundations.

LEF In the News

Cloud in Banking: An Opportunity That Can’t be Ignored

Evolve and protect your business from future shocks

Get access to our latest findings, discoveries, and events with regular updates - written by innovators, for innovators. 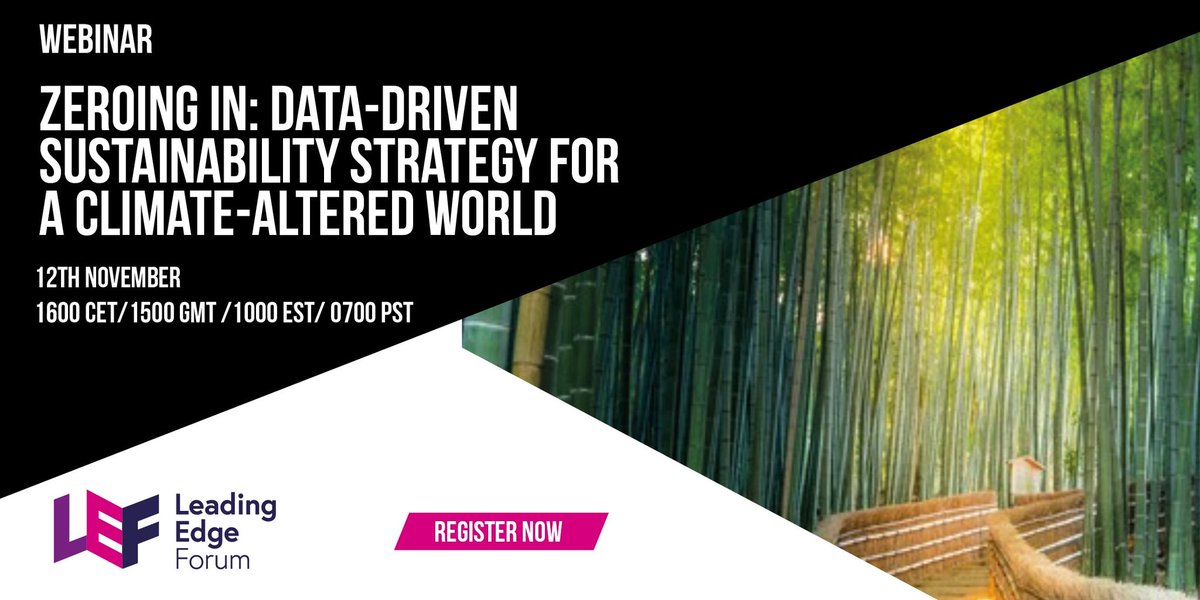 What does a 'true' transition look like for organizations to attain data-driven sustainability? Join our next webinar where report authors @cmcd_phd and @PaulDJohnston will share the findings of their new report with @lefdjr. 12 November 1500 GMT. https://t.co/NTFL8pQJgW